after a long hiatus my first blog in a long while is actually a guest blog from a Facebook friend in Colorado , a young man who cares as much for the earth, the environment, all of humanity and the animal kingdom as I do.

“These last two and a half weeks has been between balancing inspiration and madness. It felt like every step of the way, every action, every event was burning itself into history.  We are at a point in time where our actions are determining our future.  We are writing history.  We are building our legacy.  The legacy we will leave to future generations.

I’ve been in Paris for the more than two weeks with a delegation of Earth Guardian leaders here to represent the voices of our generation and take part in the grassroots movement during the negotiations.  We have rallied, we have spoken, we have collaborated with thousands of youth from around the world who gathered in this city to have a say in the decision-making process that will determine our future.  And now the negotiations are over.

The evidence is clear.  The science is present.  The stories are being told.  Lives are being lost. Communities being destroyed.  People being displaced.  Forests burning.  Seas rising.  Glaciers melting.  Islands sinking into the ocean.  Unprecedented floods and droughts devastating communities.  This is not a game.  This is not about politics.  This is not about leadership.  This is not about money.  It’s not even about the environment anymore.  This is about every living person and creature on the planet, our lives and our safety being threatened by the greatest issue of our time, climate change.
All this and it still isn’t enough.  Not enough has already been lost to show our world leaders that they need to make significant change to reverse the affects of climate change and prevent further destruction.  But for the first time in history, we have a global agreement on climate change.  And it is a start, but isn’t enough.  It is a step in the right direction.  But his does not mean our movement can slow down.
Where world leaders fall short in their actions, our movement will make up for their fear of change.  This isn’t about waiting for their leadership.  It’s about taking the power into our own hands and using our voices and our fire to set blaze to a movement.  While leaders were finalizing documents we were rallying in the streets.
Tens of thousands of us.  Coming together to celebrate.  To show the world that the solutions we need.  The change we want.  And the world we are envisioning will not be brought to us by our leaders.  Justice will not come from world leaders.  Justice for our climate, justice for our people, justice for frontline communities and our indigenous brothers and sisters will not come from the system that created our oppression in the first place.
Change is coming.  We are rising with the oceans.  There is no time to spare.  We’ve already run out of time.  People are already suffering.  Every person on the planet owes it to the Earth, to their children, and to every generation to come, to be the change they want to see and to march for action, fight for solutions, and stand for a healthy, sustainable future.  COP 21 is over. But the fight of our lives, has just begun.”

Here you have it!

There isn’t much else to say other than kids and adults alike care and we all need to do our part!  Eva Trust who wrote my story down for you in the book Lahni’s Mission actually talks about all of this, so if you haven’t got it already, go here and get it, read it and then read it to your kids and get them involved!  The time is now! 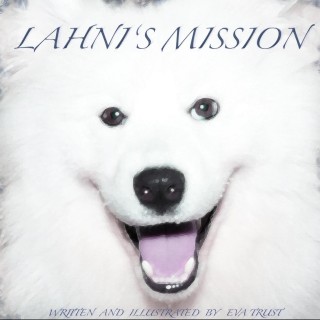